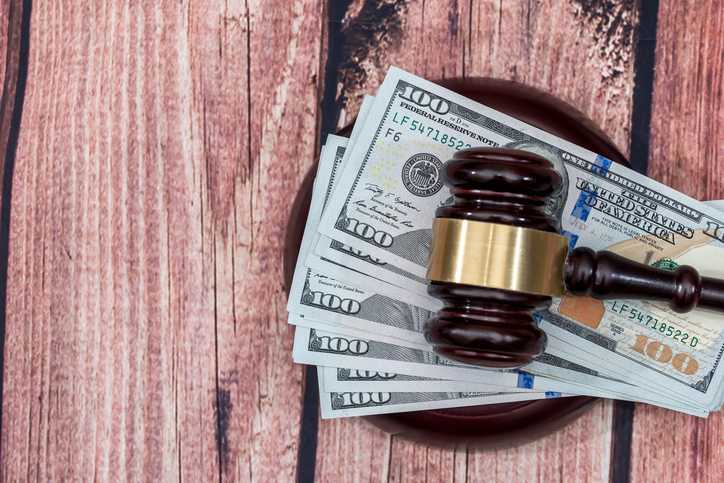 In a divorce action, if the parties cannot agree on what assets and liabilities exist in the community estate or the values thereof or how to divide that property between the parties, it falls to the court to make that decision.

(a)       The property possessed by either spouse during or on the dissolution of marriage is presumed to be community property.

(b)       The degree of proof necessary to establish that property is separate property is clear and convincing evidence. (This is a much higher standard of proof than a mere preponderance of the evidence, though still not at the level of beyond a reasonable doubt.)

A spouse’s separate property consists of:

(1)       the property owned or claimed by the spouse before marriage;

(2)        the property acquired by the spouse during marriage by gift, devise, or descent;  and

Organizing the Property for the Court

In order to present a picture of all property existing at the time of trial, the court requires each party to file a sworn inventory and appraisement which lists:

Inventories, when used in court, are usually backed up by some kind of documentary evidence such as car titles, deeds or deeds of trust on real estate, bank statements, brokerage firm statements, retirement plan statements, mortgage statements, loan documents, credit card statements and the like.

To establish the separate property character of the property in question, the proponent of the separate character determination must bring forth clear and convincing evidence that the property was acquired before marriage, purchased during the marriage but with clearly separate property money, or received by gift, devise or descent (inherited)  during the marriage.  Often, due to the passage of time, documents such as these are lost or difficult and time-consuming to locate and produce, but as with proving the existence of property, proof of character can be shown through bank statements, brokerage firm statements, retirement plan statements, mortgage statements, loan documents, credit card statements and the like.

To make the characterization issue just a bit more fun, some separate property, such as real property or stocks, once owned, retains that character forever.  A piece of real property purchased before the marriage is real property and remains the separate property of the purchaser after marriage even though it increases greatly in value and even though the mortgage was paid after the marriage with community earnings.  This is true even if this piece of real property was the home in which the family resided.  The community estate does not share in the increased value and is not entitled to reimbursement for even half of the community funds used to pay the mortgage, taxes, insurance, and general upkeep on the house.  The rationale is that the community estate received an in-kind benefit in exchange for its use over the years and if the family had not partaken of that benefit, it would have had to pay community monies to live somewhere else.

Another example of a characterization which does not change relates to shares of stock.  If a spouse owned 100 shares of stock prior to the date of marriage and at the date of divorce still owned those same shares, then at divorce, those shares will be classified as separate property.  To take it a step further, assume that the 100 shares of a stock split and became 200 shares of stock after the marriage.  One might think that would mean that on divorce, 100 shares would be characterized as separate property and 100 shares would be characterized as community property.  Not so!  All 200 shares are characterized as the separate property of the owning spouse.  He or she did not purchase the additional shares.  The additional shares were an award or gift-type transaction between the shareholder and the corporation.  But, that is where the similarity between real property and shares of stock diverge because while splits take on the separate property of the parent stock, all dividends and interest generated by those stocks during the marriage are community property.  Many shareholders arrange for dividends to be reinvested in the company stock, but all shares of stock purchased via dividend reimbursement will have a community property character and therein lies the difficulty, as the proponent of the separate property characterization must prove what portion of the non-split stock in the account on divorce were not purchased with community funds.  Tracing at this level of intricacy is time-consuming, if possible at all, and requires expert testimony to set forth that tracing in the record.  This is a very expensive way to prove an issue.

This mixed-character property issue has many, many variations as to types of property to which it can be applied.  Tracing for some is only moderately expensive as there are specialists who can assist in working with the holding companies to obtain the value of the asset as of the date of the marriage, such as retirement plans.  Once that is known relatively simply mathematical formulae exist for identifying the separate and community portions of the asset.

Dividing the Estate of the Parties

Once all of the assets and liabilities of the parties and their estates are identified, valued and listed in a sworn inventory and proper supporting evidence or stipulations have been entered into the record, the Court is ready to divide the community estate, to make that just and right division of the community estate of the parties, having due regard for the rights of each party and any children of the marriage.

Other Things the Court Can Take into Consideration:

The Court is empowered with certain discretion in what it takes into consideration in arriving at this division of the community estate, such as:

● Statutory Grounds:
● guilty of cruel treatment toward Petitioner of a nature that renders further living together insupportable
● adultery
● One party has been convicted of a felony; has been imprisoned for at least one year in the Texas Department of Criminal Justice, a federal penitentiary, or the penitentiary of another state; and has not been pardoned. That party was not convicted on the testimony of the other spouse.
● One party has left Petitioner with the intention of abandonment and has remained away for at least one year.
● The parties have lived apart without cohabitation for at least three years
● The existence of Pre-Martial, Martial Property or Separate Property Agreements

Each of the above causes of action includes requests for:

The Ruling of the Court

Having heard the testimony and reviewed the documentary evidence, the Court will divide the community estate by item, often not awarding 100% of some items to one party, by apportioning the item between the parties.  Court generally seeks to make the overall award as a percentage of the community estate because upon review by an appellate court, that is one of the ways in which the appellate court evaluates the “justness and rightness” of the award.  The Courts of Appeal over the years have established some range of percentages outside of which it will strongly question a trial Court’s division; but, generally, if the award is within its general parameters, only a clear “abuse of discretion” will cause the Court of Appeals to send the case back for re-division.